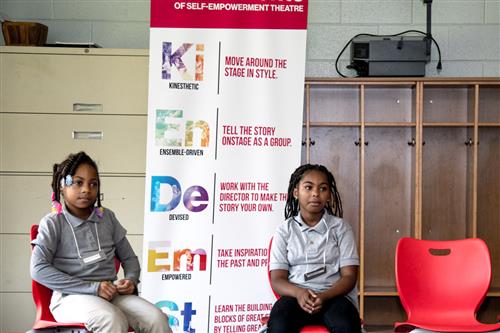 Phalen Leadership Academies (PLA) has received a grant of $3 million as part of Lilly Endowment Inc.’s Strengthening Indianapolis Through Arts and Cultural Innovation initiative. PLA is one of 18 organizations receiving grants through this competitive initiative.

Under PLA’s proposal, the organization will take a vacant church and create an artistic hub for the scholars and families on Indy’s Far Eastside. PLA will build the community’s first Arts and Cultural Center that will empower children and families and infuse arts and cultural enrichment into the community and the public-school system. Partnerships for the include groundbreaking youth education programs, STEMNASIUM and Young Actors Theatre (YAT).  This fusion creates a team of leaders who are rooted in the Indy community with a proven track record of enhancing the quality of life for children and families nationally and on the Far Eastside of Indianapolis.

“We are excited that this Community Arts and Culture Center has the potential to be transformative for both children and families,” said PLA Founder and CEO Earl Martin Phalen. “It will spark creativity, beauty, and hope. It will foster expression. It will bring the community together and help us continue to transform futures. What a blessing for our children, families and community.”

Lilly Endowment launched the initiative in January 2018, inviting Indiana-based charitable organizations to propose ideas that would use the arts to foster community building in Indianapolis. The initiative encouraged organizations to collaborate across diverse sectors, but at least one partnering organization needed to have the promotion of arts and culture as its primary mission. At least one partnering organization needed to be based in Marion County. And Lilly Endowment stipulated that most of a proposed project’s activities needed to take place in Marion County.

When the initiative opened, Lilly Endowment planned to make grants totaling $25 million. In total, 26 creative ideas were submitted. Lilly Endowment was so pleased the quality of proposals that it decided to nearly double the total amount of money dedicated to the grants to $48.9 million.

“We were impressed not just by the number of proposals we received but also by the applicants’ collaborative spirit, imagination and energetic desire to make Indianapolis a more vibrant and engaging community,” said Rob Smith, the Endowment’s vice president for community development. “We believe that the projects, including PLA’s Cultural Center, will significantly enhance the quality of life for residents and create compelling new experiences for visitors.”

At the Community Arts and Cultural Center, 1,500 youth with gain a new platform and voice to tell their stories and express their creativity in live performances. By providing a spotlight for our youth, the organization hopes to inspire families and community members to participate in the arts. Students will write, score and perform their own pieces. The grant will enable a state-of-the-art recording studio with professional-grade audio recording equipment and production software so that community members can create their own music, and youth can take into practice everything they have learned during the school year to produce soundtracks for stage productions and score their own 3D films. The Center will also feature a planetarium which is essentially a movie projected on a specialized ceiling that allows the users to have a 3D or 4D experience. At the Center, PLA scholars and community members will give the Far Eastside a true art infusion as producers, editors, and owners of their artistic work.

The initiative will launch next year.