By Dylan Peers McCoy - 2 days ago

Indianapolis charter school leader Earl Phalen has found his niche: Taking over struggling schools in Indianapolis and beyond.

Just four years after Phalen Leadership Academies started with a single Indianapolis charter school, the network has grown to 10 campuses across Indiana and Detroit, primarily struggling schools that it has taken over from other operators. That means they’re tasked with managing more students than ever — many of them at schools that have struggled for a long time. 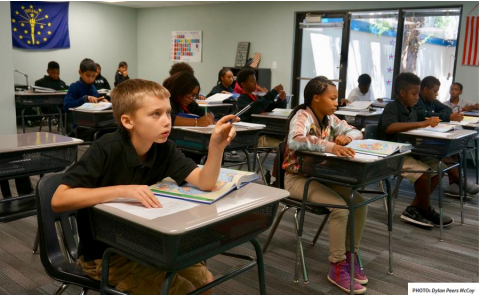 The network includes an eclectic mix of school types. In addition to its first charter school, PLA took over charter schools in Gary, Fort Wayne and Detroit. PLA is also central to the Indianapolis Public Schools plan to partner with charter operators. Its two eastside elementary schools — Schools 103 and 93 — were among the first schools restarted as innovation schools. Those schools are managed by Phalen, but still considered part of the district when it comes to state accountability.

PLA was even part of a proposal to take over management of the entire Gary school district, though their team did not win the contract. Phalen also opened its second start-from-scratch charter school this year, a middle school for students from Schools 103 and 93. Unlike those elementary schools, the middle school is not an innovation partnership.

Chalkbeat stopped by the new PLA middle school to chat with the network’s founder about his organization’s focus and plans for the future. Below are some highlights from our conversation, condensed and edited for brevity and clarity.

Chalkbeat: What is your long-term vision for PLA?

Earl Phalen: When we started, we were approved for 10 charter schools here in Indiana. And when we launched our first charter, we came to realize 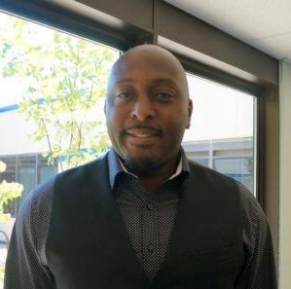 pretty quickly that we’re not charter operators, we are educators. We are agnostic to the governance form but rather focused on, where is there need? When the innovation school legislation went through, and we could run a district school, when that opportunity came, even though they were public schools, we said, well, the children are there, there’s real high need and we believe that we can make a difference.

Why are you going into the niche of, a charter school had an operator leave and you fill that gap?

A few things. I am not convinced that the solution for our children is more buildings. And the number of children has not increased but the number of buildings is significantly increasing. In Indianapolis, what does that mean? There’s becoming a saturation. So as opposed to being better for children, we are actually doing this game of, “Hey, come here. Hey, come here. Hey, come here.” That doesn’t solve the fact that many children, and in some city’s most children, are still in schools that we are not proud of — we would not ever send our children to. (Before launching a charter network, Phalen founded Summer Advantage, a free program to help kids catch up or jump ahead during the break.) It would almost be like a pop-up school. You would go in with an entirely new staff, and you’d meet children. All of sudden you had to get the culture right right away, because it’s only a six-week summer program. You’d have to get the culture right with a whole new staff, and you’d have to have an educational model, and push for fidelity towards that model. Because we had done that, and we’d done that for over 100,000 children around the country, we kind of said, the only downside of turnaround is, can you get the culture right? Which we felt like we could do. And then the second thing of turnaround is, are you willing to start with only 5 percent of your kids passing the test? You numbers don’t look as pretty. And we said yes. Knowing we can change culture, knowing that there’s an oversaturation in many communities — there are too many schools and not enough good schools — and knowing that we have a model that can turn around failing schools into successful schools, we felt like it was the perfect place for us to go.

Do you have any fears about growing too quickly?

I think you’d be foolish not to assess risks and to assess organizational capacity, or lack thereof, in doing this well. We spend a lot of time really trying to think through, what do we need to do this with the level of excellence that our children deserve? I also have a fear, when I look around and see where our children would’ve been but for my team, our partners’ efforts. You can look at both fears. We kind of say, we are called to serve, our children deserve the best that they can have. If we believe that with a lot of hard work, a couple prayers and a lot of the right partners, that we can do something special for children, we are going to do it. It’s not fair what we are doing to children right now. And somebody’s got to get a sense of urgency around that.